Why choose the Raptor Flare? 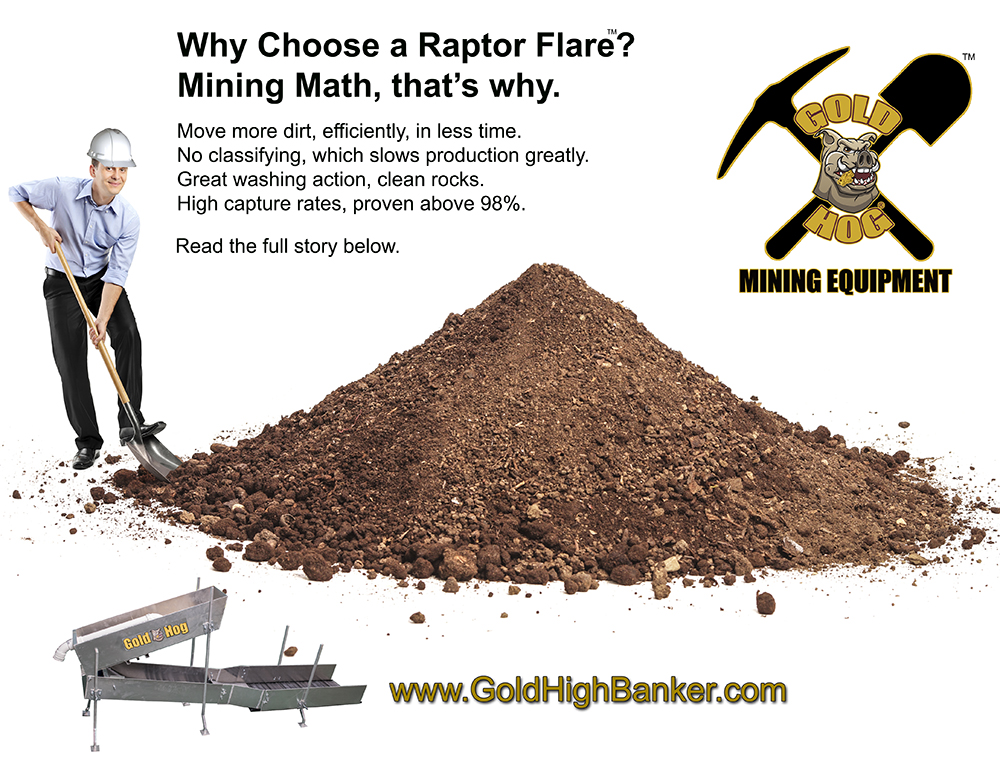 It’s a concept that commercial ops around the world have learned.  There is a perfect balance between VOLUME of material run and efficiency. (Capture rates)  This struggle MUST be understood by both the prospector and the miner alike.  Many new prospectors battle this in their heads, or let it become an obsession, but they’re not alone.  Commercial ops do the same thing on daily basis.

Let me start with an example…
A few years ago I was dealing with a large commercial operation. They had 4 main plants and a full-time geologist on staff.  Evaluations were done on a weekly basis to determine each plant’s efficiency.  These tests were VERY controlled and measured.  Now keep in mind… this is a LARGE corporate mining op with years of experience.  Their acceptable run rate / capture rate was 85%.  If a plant fell below that it was shut down until the process could be fixed.   If you do the math… 200 yards an hour, with $30 per yard pay, that’s up to $900 / hour in losses.   Or… $10,800 a shift… or $75,600 a week, or $324,000 a month in losses that were considered acceptable.

Why do I tell you this story?  It’s really just to help you understand in a STRONG message… that the process of mining and prospecting involves MANY aspects, but MATH is a big part of it.  Let me explain using the “pile of dirt”.

The pile of dirt above is about 2 yards of pay.  It’s fairly rich pay and contains 6 grams of gold. It has rocks up to 6” round.   We know all this because we have tested it.  Nothing is going to change HOW MUCH GOLD is in the dirt.   But this is where I like “prospectors”, and people that lack some experience, switch their modes.  I want them to view this pile as a MINER… making a living, not a prospector out killing an afternoon.

Now do the math….

With the Raptor  Flare there is ZERO classifying.
A bucket can easily be run in 30 seconds.
That’s 120 buckets an hour.
The pile above can be run in roughly 50 minutes with the Raptor Flare.

"The BEST highbanker on the market for the money, guaranteed." 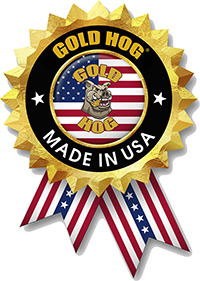 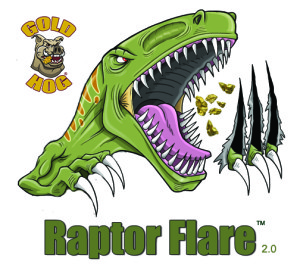